Chat with us, powered by LiveChat

What is the difference between Cat5 and Cat6 Ethernet Cables?

What is the difference between Cat5 and Cat6 Ethernet Cables? 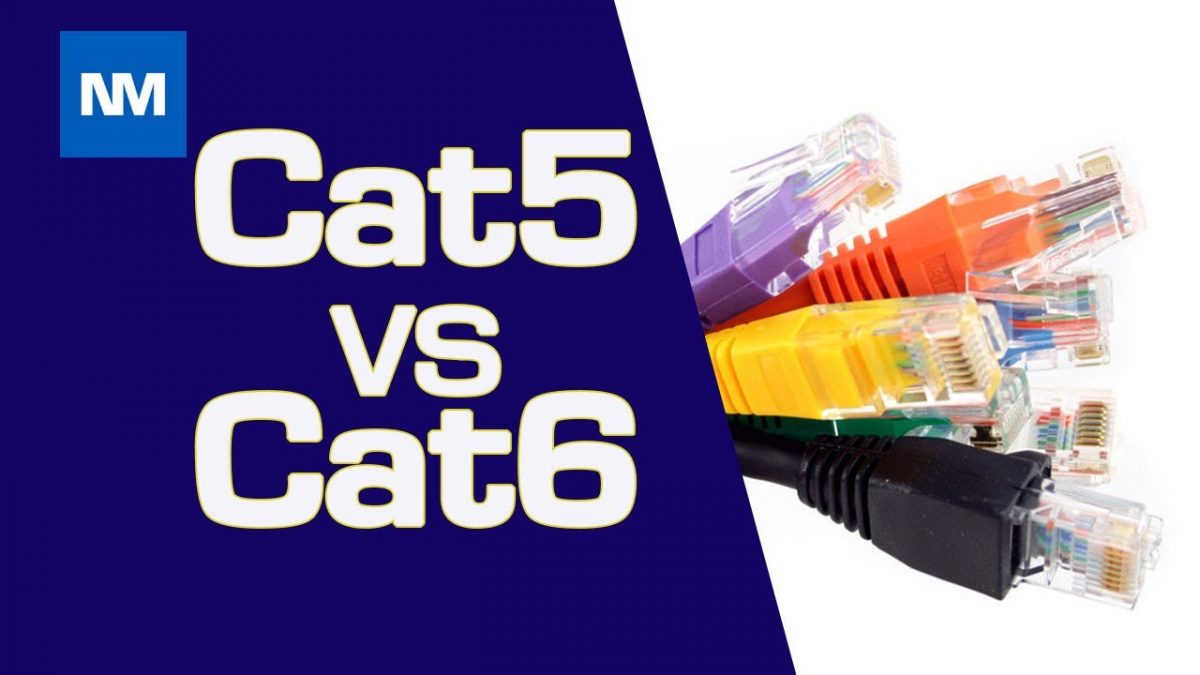 When compared to fibre optic cables, Cat5 and Cat6 cables are relatively cheaper and as a result used more often in homes. A copper Cat5 cable can achieve up to 100Mbps whilst a Cat6 cable can provide even better performance. It is unnecessary to use fibre optic cables in a regular home situation, as Cat cables will suffice. For example, if you want to perform a bandwidth heavy task like streaming a 4K resolution film on your television, that action would only require 25 megabits per second (Mbps) of your bandwidth.

Although both Cat5 and Cat6 cables are used more in homes, there is still a difference between the two. Compared to the Cat5 cable, Cat6 cables have reduced crosswalks whilst also being able to support higher speeds and a higher bandwidth. This can be compared to a specific amount of cars trying to cross a bridge. The more roads on the bridge, the quicker all the cars can cross it. Picture the cable as the bridge, and the data you’re sending over the internet as the cars.

To help you get a better understanding, here is a scenario where the differences of Cat5 and Cat6 come into play: Let’s say you have 5GB worth of photos and videos to back up on your computer to a Network Attached Storage (NAS) space. The factors which will make a difference in this scenario will be the Cat5 or Cat6 Ethernet cables. In order to calculate the how long it takes, we need to know the difference in Bit and Byte. Data communication is always indicated in bits and stored in bytes. One byte is equivalent to eight bits.

Scenario 1: Backing up with a Cat5 cable.

Cat5 cables are used to connect the NAS to the router and computer.

Scenario 2: Backing up with a Cat6 cable.

Cat6 cables are used to connect the NAS to the router and computer.

From these scenarios, you can see that ultimately, the data transfer speed is the main difference between the two types of Ethernet cable. If you have an internet plan that is over 100Mbps, the type of Ethernet cable you use may affect your internet experience – using a Cat6 cable can avoid the bottleneck on your data transmission speed.