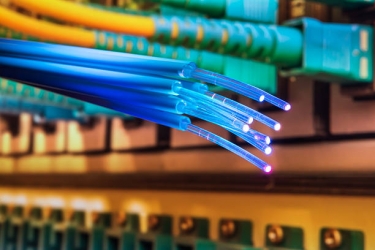 OptiComm says that following extensive testing, modelling, research and development, it will be ready to deploy the XGS-PON in 2020, commencing with a residential and commercial precinct in Melbourne.

OptiComm, which designates itself as the largest private competitor to the NBN, has been working closely with its supplier, USA-based ADTRAN, at the latter’s research and development facility in Melbourne, leading to the testing of thee 10Gbps services.

OptiComm says ADTRAN, a consistent leader in the telecommunications industry with its Gigabit Passive Optical Networks (GPON) solutions, is now leading the industry transition to this next chapter in FTTP, “where focus is shifting to the new, superior, XGS-PON”.

OptiComm says ADTRAN’s XGS-PON is allowing it to future-proof its sites, “which has become increasingly important as more and more people depend on their broadband for robust connectivity while working from home, gaming, and streaming, with in-home entertainment and education for the entire family now making a high-speed connection essential”.

According to OptiComm, the demand for high-speed, reliable Internet has evolved quickly in 2020, as Victoria’s second wave of COVID-19 cases drove downstream network utilisation to settle at 10% above its pre-pandemic levels, with usage statistics from August revealing a 20Gbps increase when compared with the weeks prior.

OptiComm’s chief customer officer Geoff Aldridge says he believes the popularity of XGS-PON will grow exponentially throughout the world in coming years, with more information and entertainment existing online than ever before, and a permanent shift in the global teleworking landscape, driving a global need for the symmetric upload and download capabilities of XGS-PON.

“We’re seeing constant increases in the amount of data that people stream and download across our networks, and that appetite for large-scale files is only going to keep growing,” said Aldridge.

“Most games, and many game updates are now well over 100 gigabytes in size, so our new XGS-PON will allow those to be downloaded in less than a minute.

“We’ve heard a lot of chatter in the industry, most groups have identified and forecasted that the XGS-PON will be the dominant technology being deployed around the world as early as next year,” Aldridge said.

Anthony Camilleri, ADTRAN’s Asia-Pacific chief technology officer, says he believes the successful launch of the XGS-PON will allow OptiComm customers to connect to the Internet “like never before, as demand for high-speed internet continues to grow”.

“OptiComm is creating a network with limitless potential and scale, leveraging the flexibility of XGS-PON and the power of 10Gbps speeds to open the door to new possibilities for its residential and business customers,” said Camilleri.

“We’re pleased to have been able to partner with OptiComm to help it build its best network, as the company looks to meet and exceed the demands of the globally connected Gigabit Economy.

OptiComm says it will begin user trials by installing XGS-PON line-cards in existing ADTRAN PON systems in the coming months.