A list of the first NBN FTTN upgrades areas, beginning in March 2022

A list of the first NBN FTTN upgrades areas, beginning in March 2022 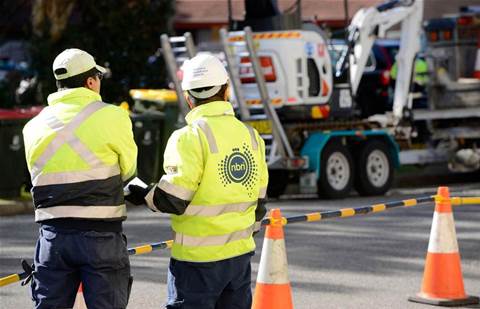 To keep a close eye on their economy, the National Broadband Network (NBN) amended the law so that customers will be able to place orders with retailer ISPs with effect from March 2022. As part of the expansion, more people will receive it directly to their homes, reversing the government’s previous stance. Despite the fact that the technology is currently gigabit-capable, NBN Co plans to upgrade parts of its fibre-to-the-curb (FTTC) network to full fibre.

Concurrently, NBN also announced that the next 200,000 customers will be able to upgrade from FTTN to FTTP. This latest announcement now leaves only 400,000 premises remaining to be announced to complete the company’s two million premises able to upgrade target.

Finally, the NBN announced that the process of sending invitations to customers to upgrade to FTTC will begin in March 2022. Almost 50,000 FTTC Network Connection Devices (NCDs) have been replaced by NBN. The company was looking for a long-term solution to lightning damage to FTTC equipment.

FTTC users can place an order for 250 Mbps or above. On the other hand, FTTN can only order a faster plan than 100 Mbps to receive an upgrade.

“We are on track to achieve our goal of enabling around 8 million premises, or up to 75 percent of homes and businesses on the fixed-line network, to access NBN’s highest wholesale speed tiers, on-demand, by the end of 2023,” NBN COO Kathrine Dyer said.

Whatever comes and goes, digital work has the potential for continuous succession. When COVID struck the entire world, it was difficult for each country to keep their lives on track. Life appeared to have ceased. As a result of this, a hidden revolution emerges.

Which suburbs will be next in line for an upgrade?

*Asterisk indicates that the NBN is expanding its upgrade coverage in that area.

Why choose Occom, as your Internet Service Provider?

Occom, one of Australia’s top-rated ISPs, has been a major catalyst in NBN reforms, contributing to the nation’s economic upsurge. Today, our Services have an impact on people’s lives. Understanding the need, we have introduced offers and plans in full compliance with the NBN upgrade amendment.